Ahh, the yellow flames consuming our wood confirms that our source of heat is doing its job. 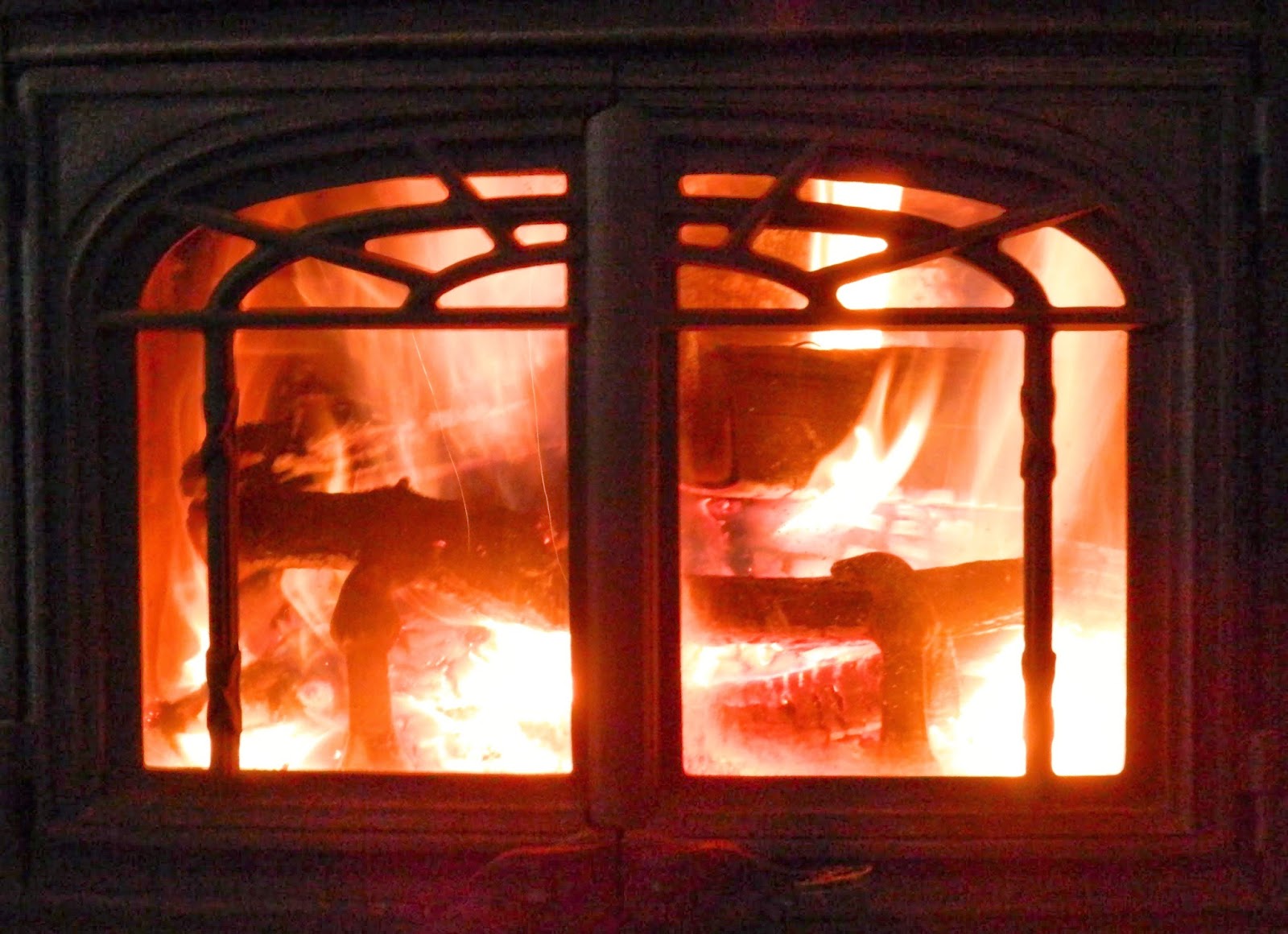 At least we thought so. About eight weeks ago, when spring made an appearance, I opened the windows to let the fresh breeze flow through the cabin. It was a perfect day to clean out the resting stove. I followed my usual routine, scraping the cool ashes through the floor grate into the ashpan and then heading into the woods to scatter them, laying in wait for a nice rain to wash them away. Unfortunately, when I replaced the empty ashpan, I noticed a crack in the combustion block--ahem, sounds like I know what I'm talking about, doesn't it? Thank goodness for owner's manuals and husbands who read them; yes, he did and no,not before this crack appeared. 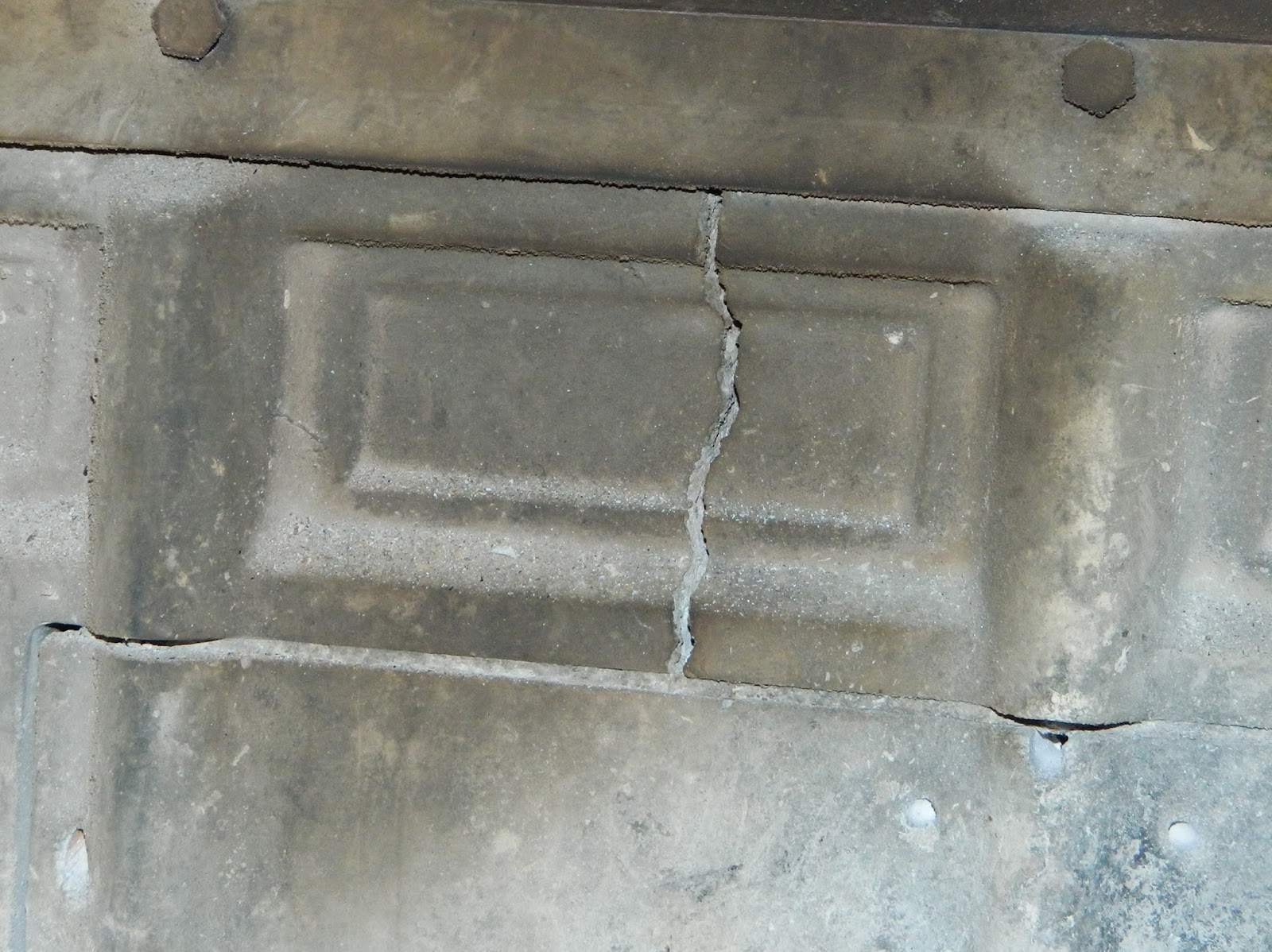 We called Clean Sweep, the company that installed the stove, and were pleased to confirm that the part was still under warranty. We scheduled and rescheduled (weather and a wrong part can put a damper on things; it's a very good thing the stove could be used despite the crack) the repair, and Rob, one of the same guys who installed the unit, arrived last week.

We decided to have the chimney swept while he was here--Johny and I are not fond of heights and even though the process isn't difficult, we'd rather someone else climb onto the roof for the task. 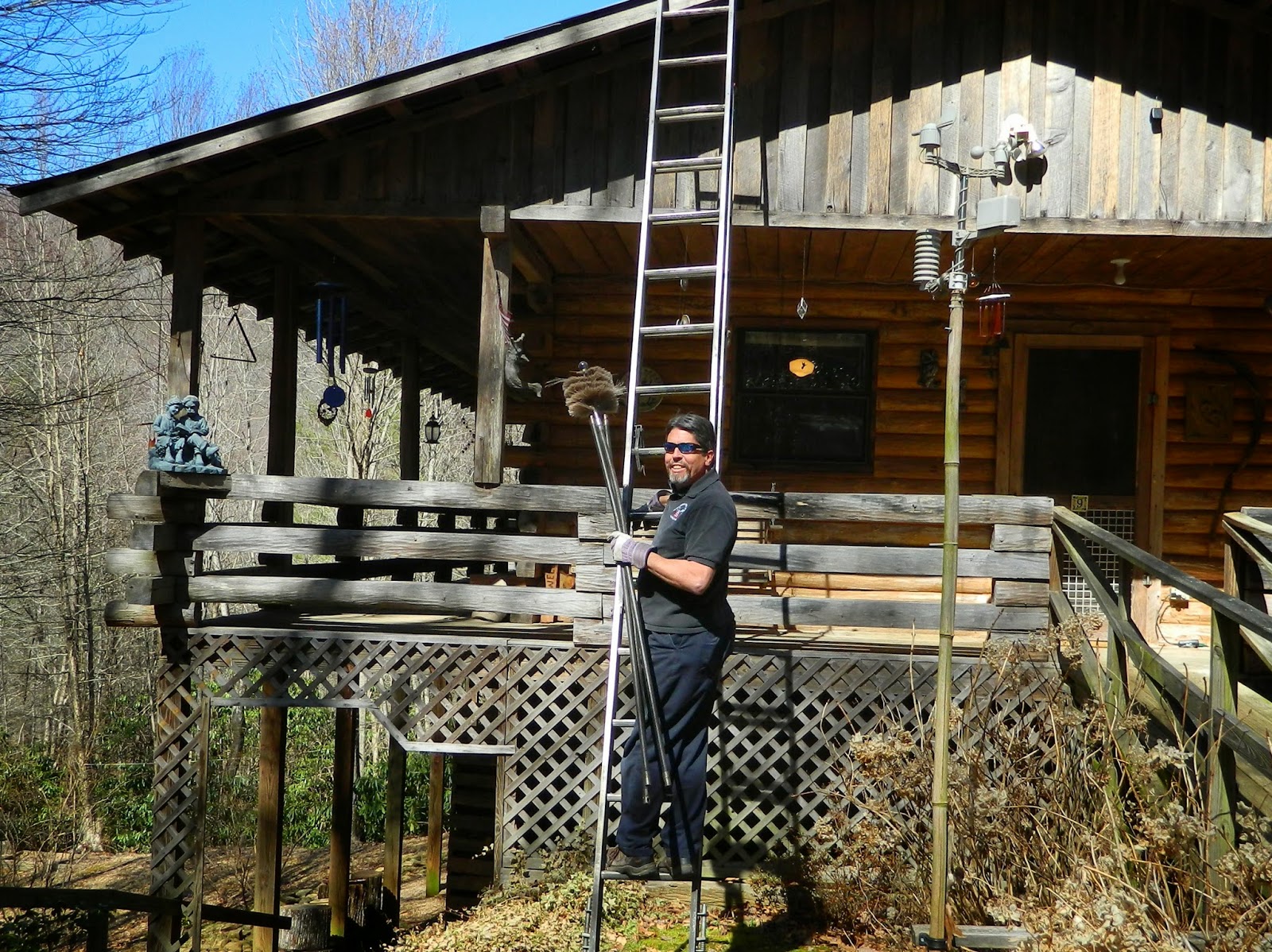 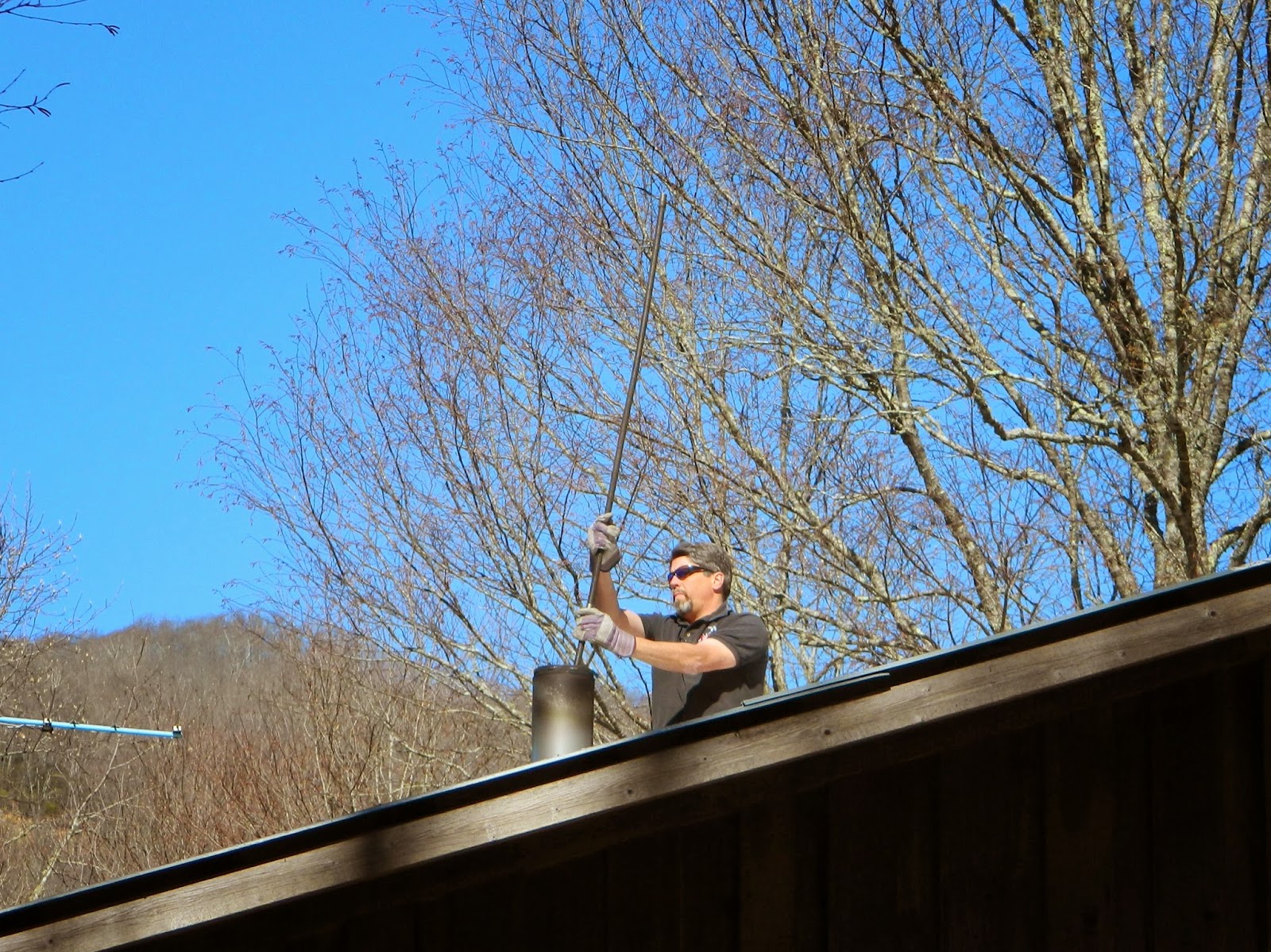 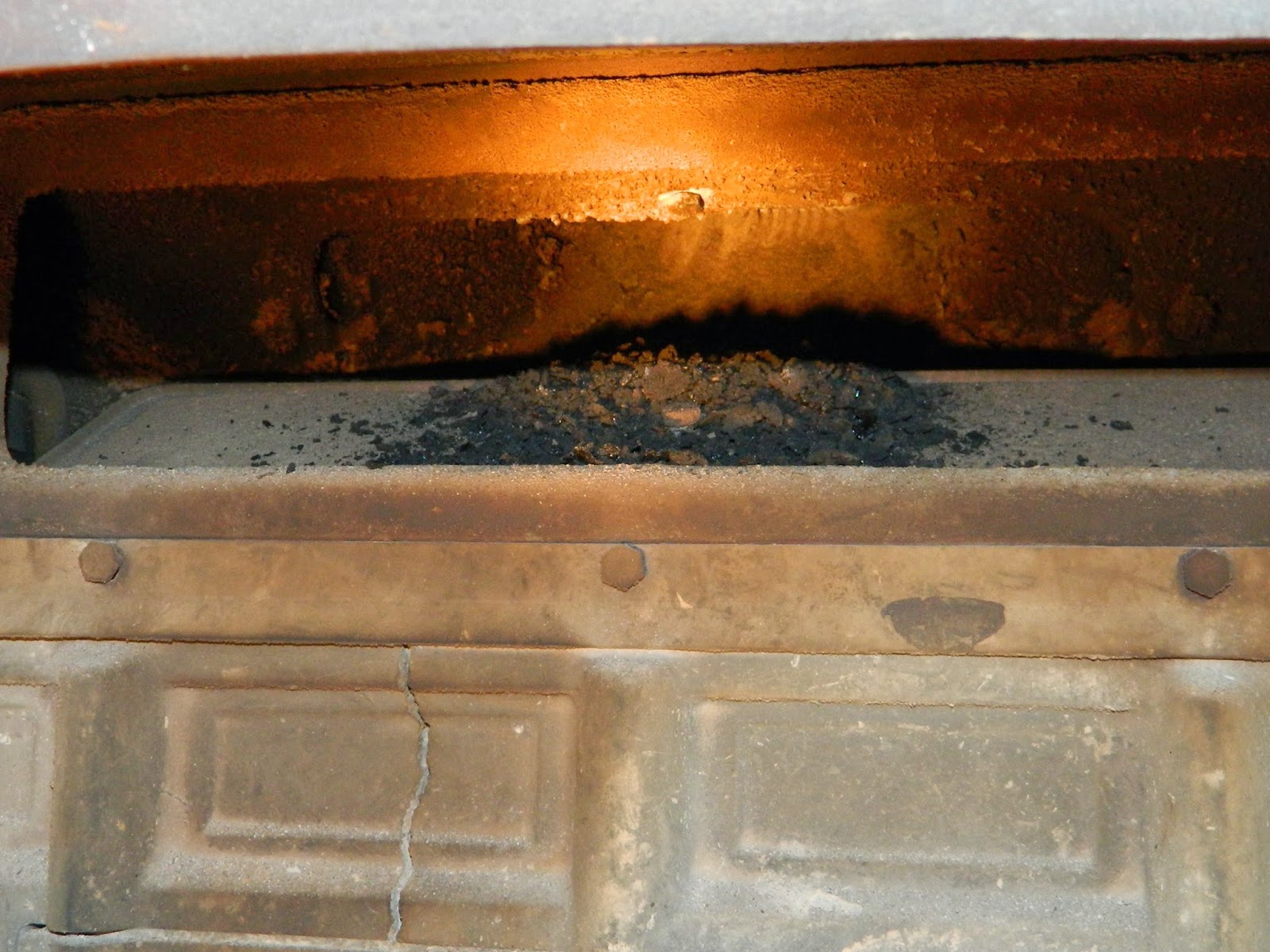 Time for the tough part. Rob used an industrial shop vac to suck out every speck of ash in the stove. 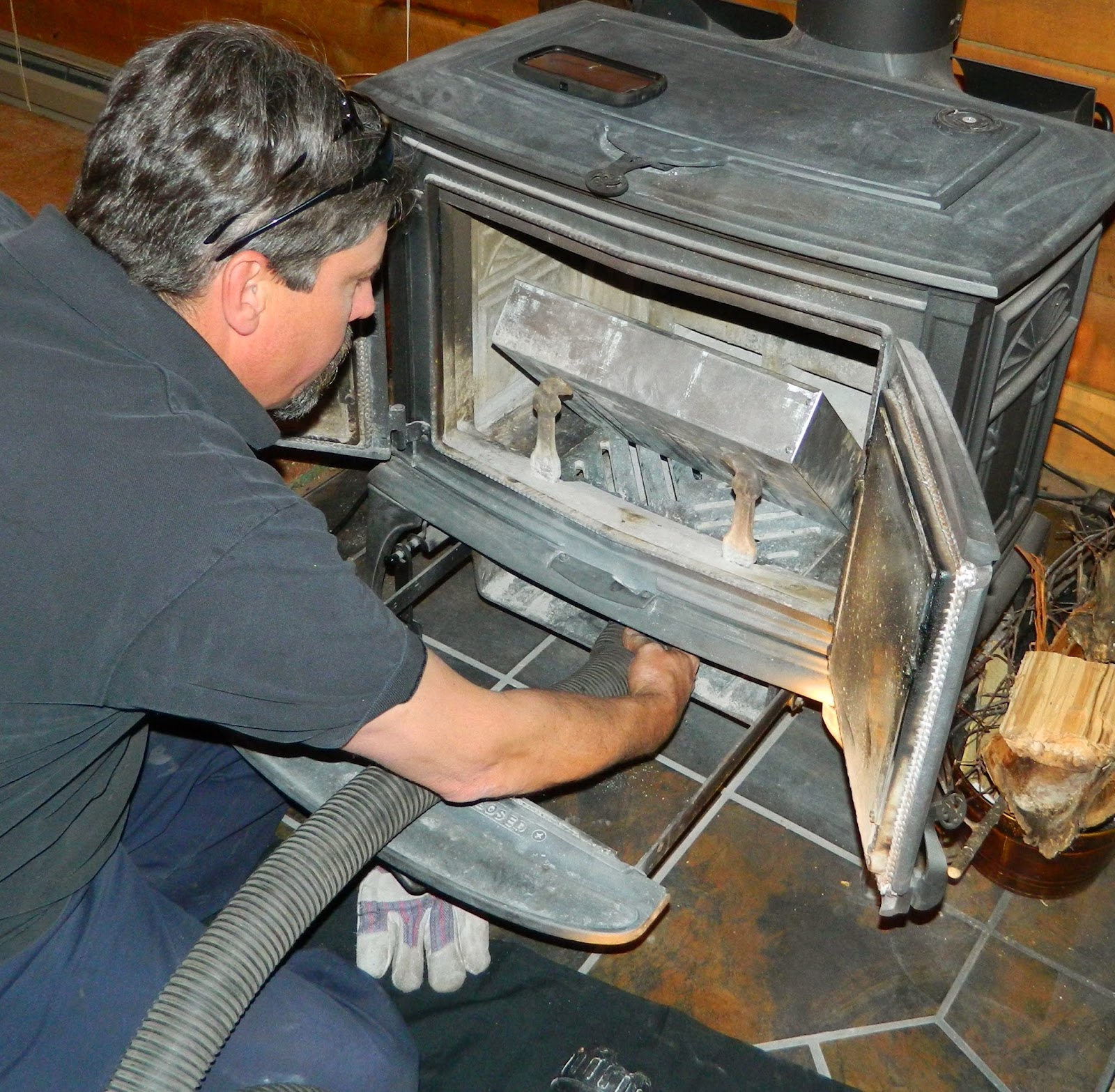 He then removed the two sidewalls, 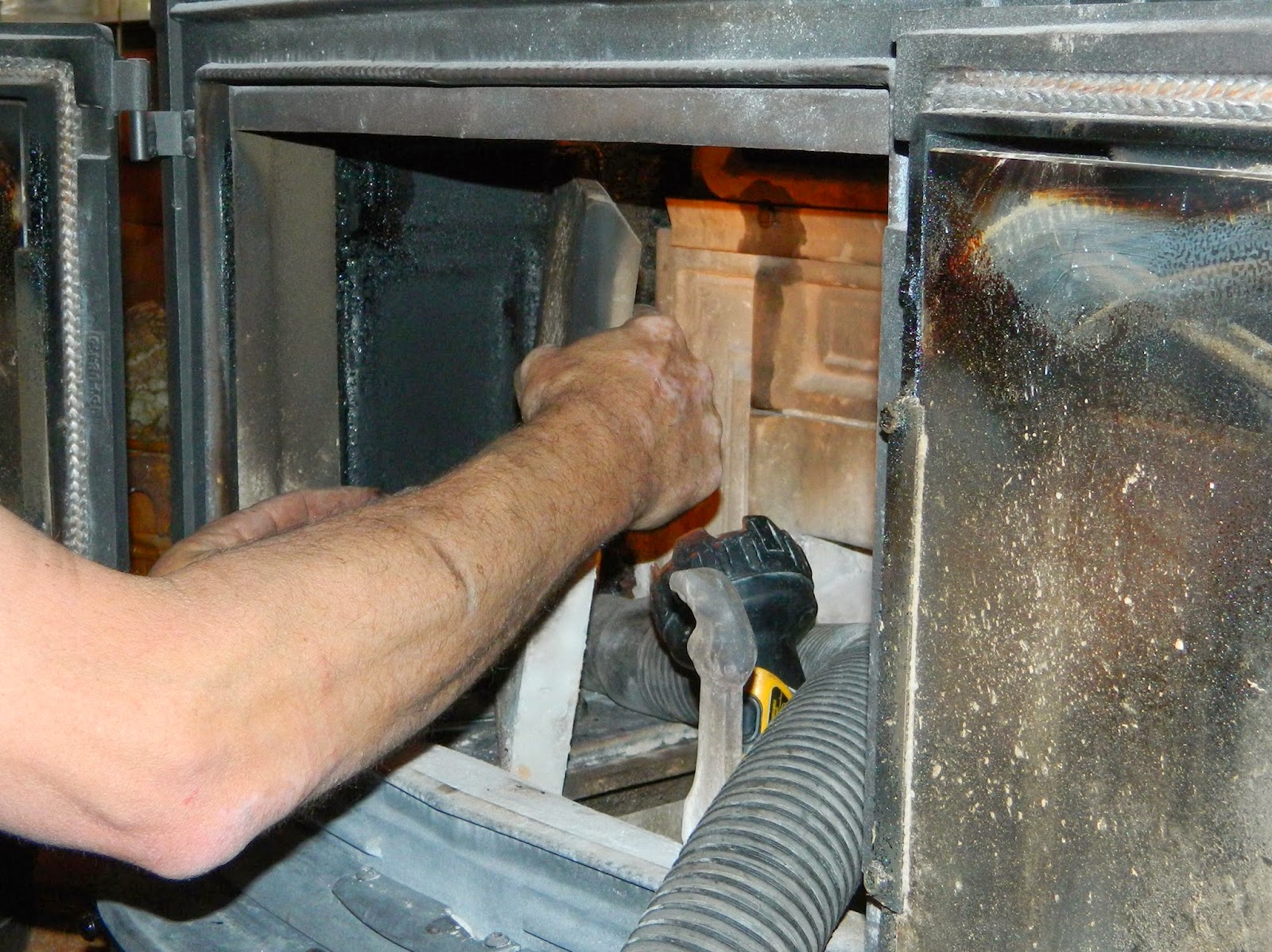 and exposed lots of ash behind them. He assured me this was normal, but I was glad to hear it clicking on the sides of the vacuum hose as it disappear forever. 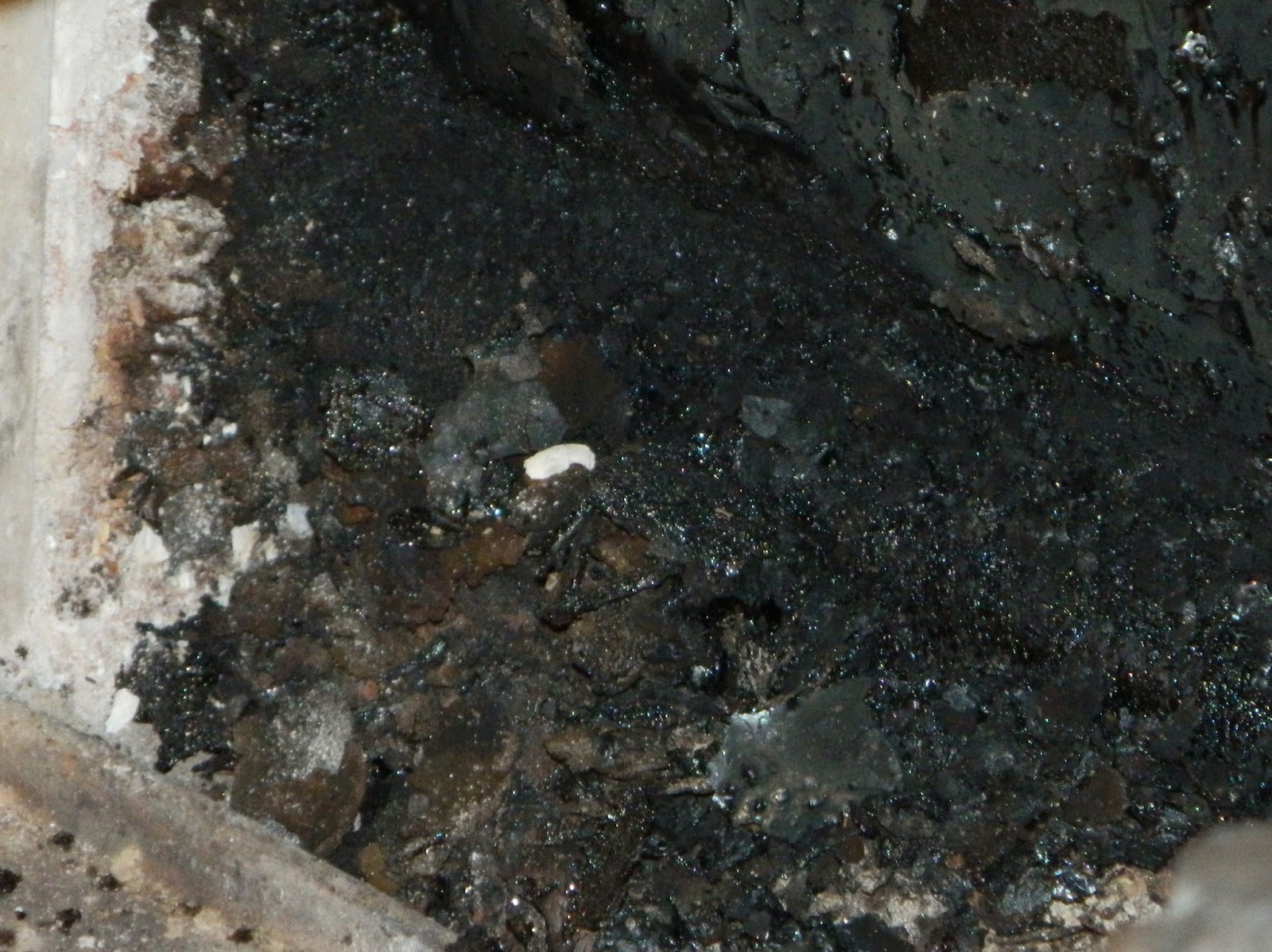 Once the bolts for the brick retainer were loosened, the combustion plate and back brick were relatively easy to remove. 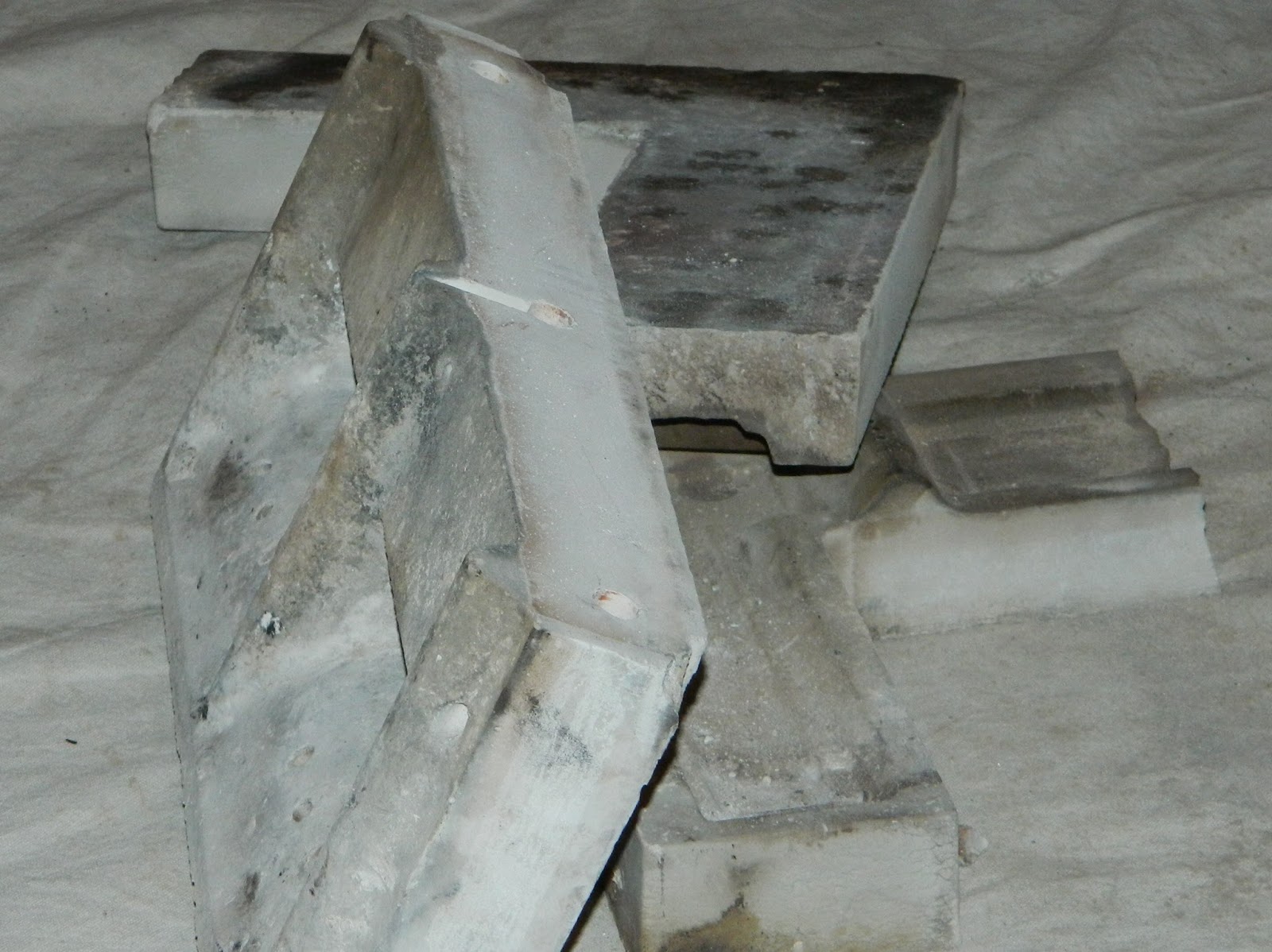 It was interesting to see the gutless innards... 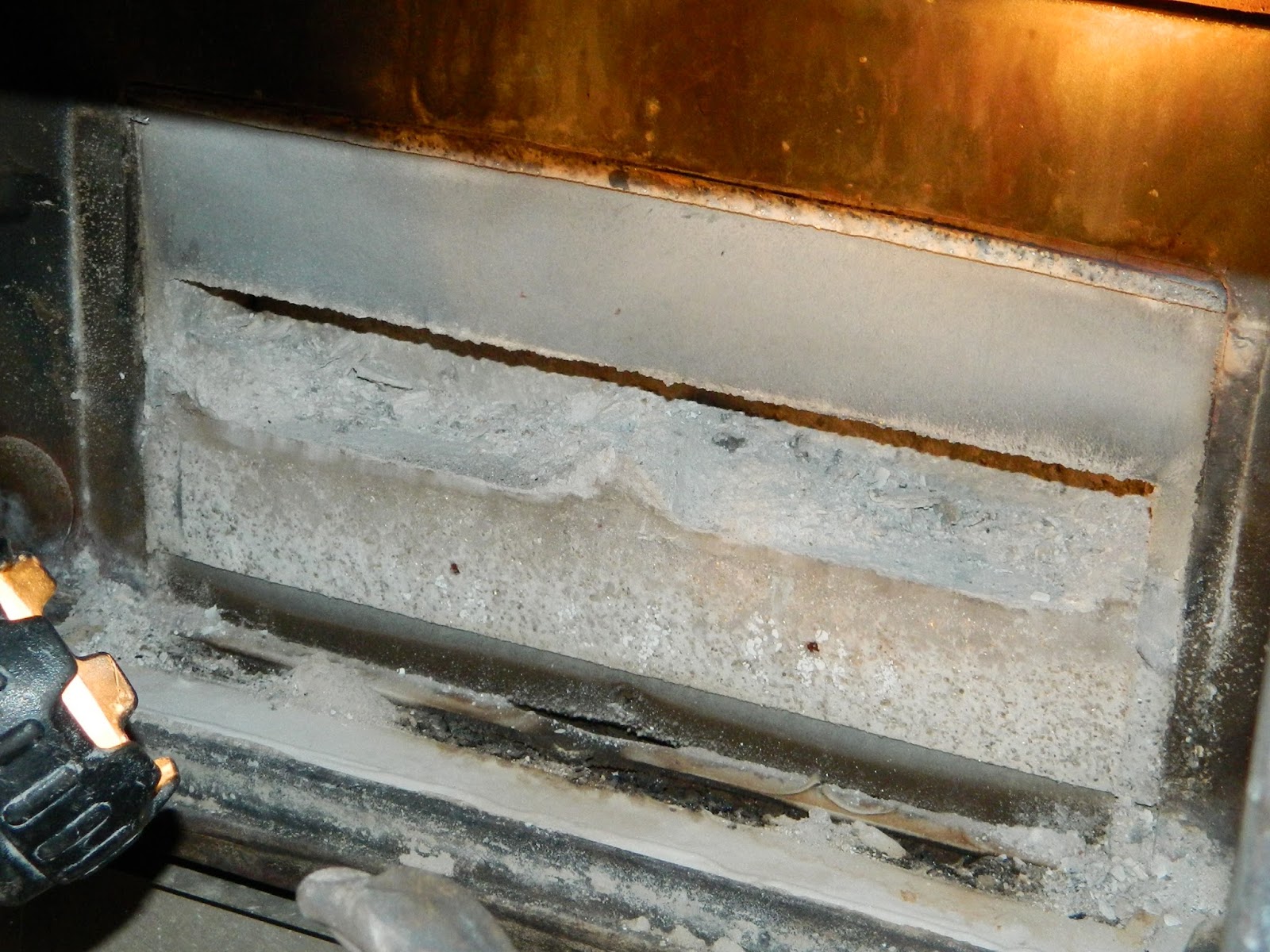 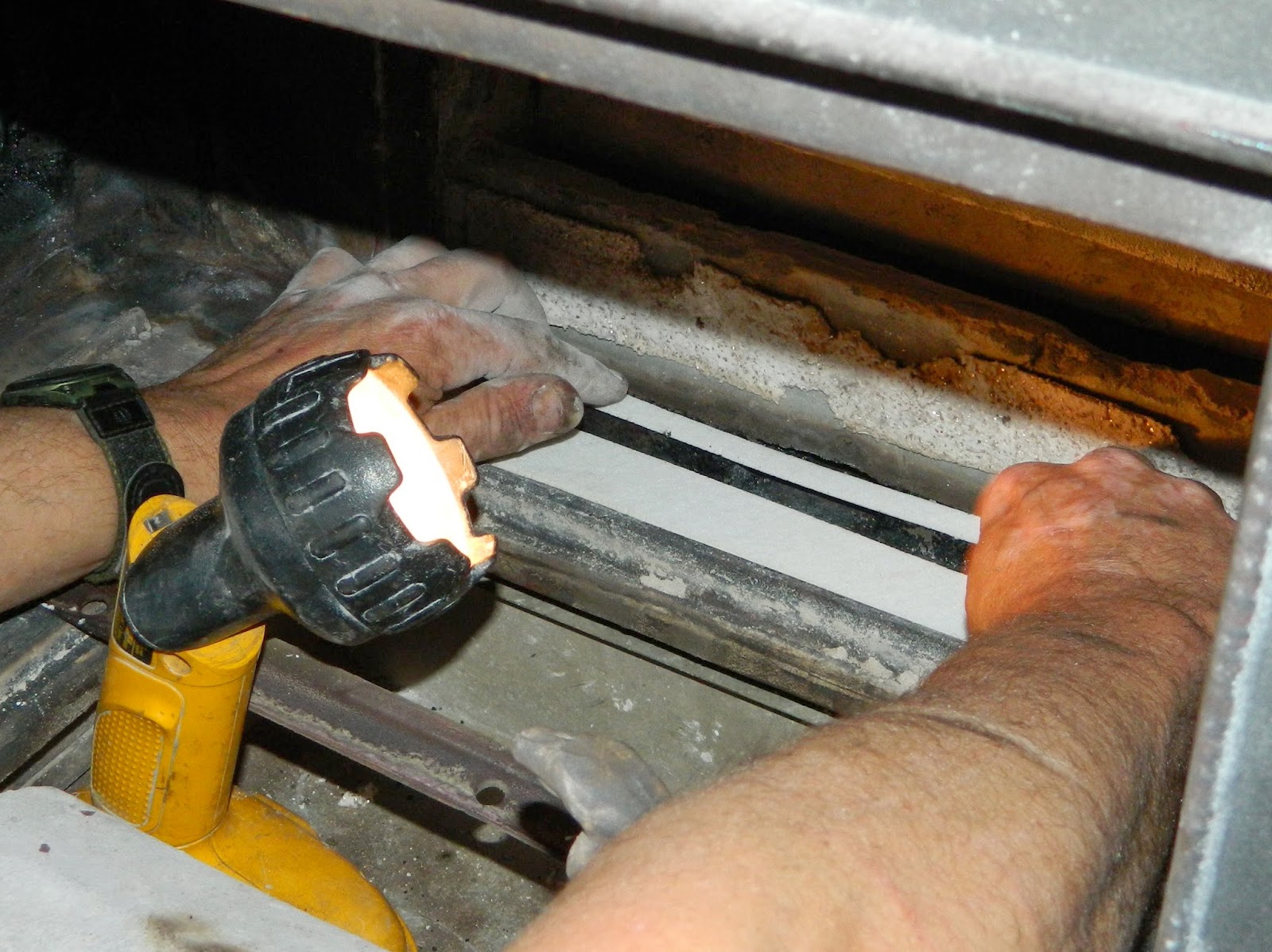 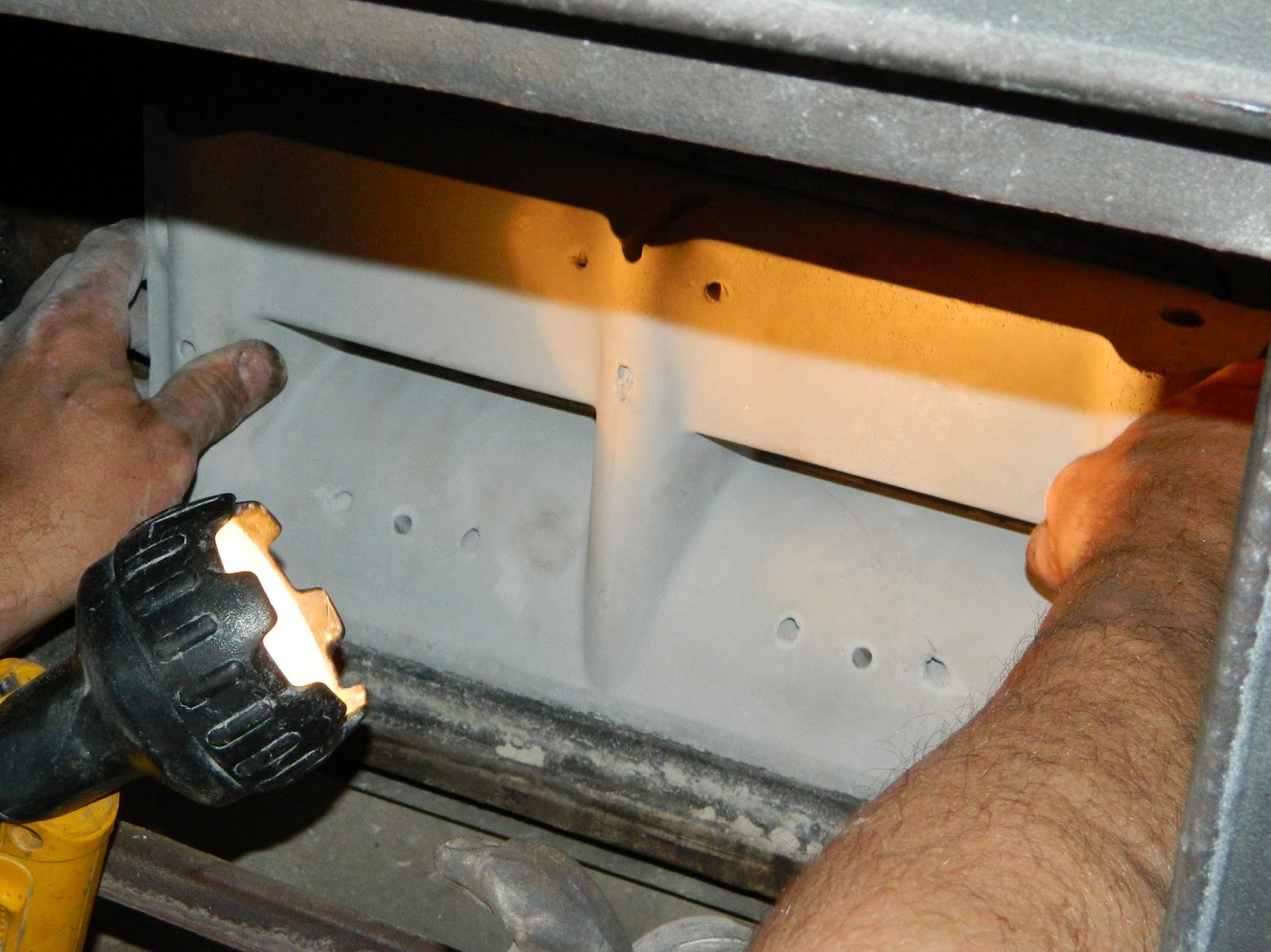 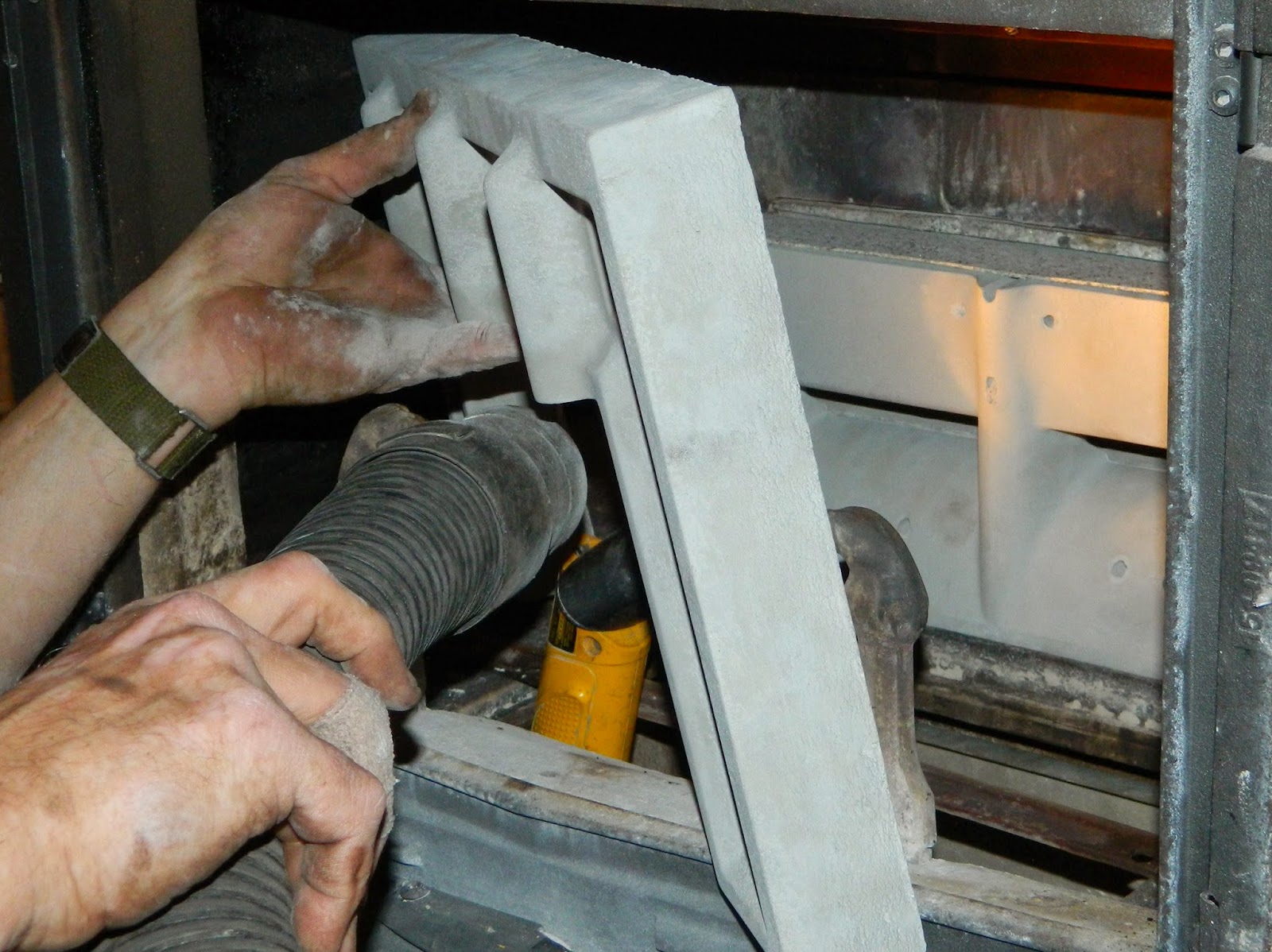 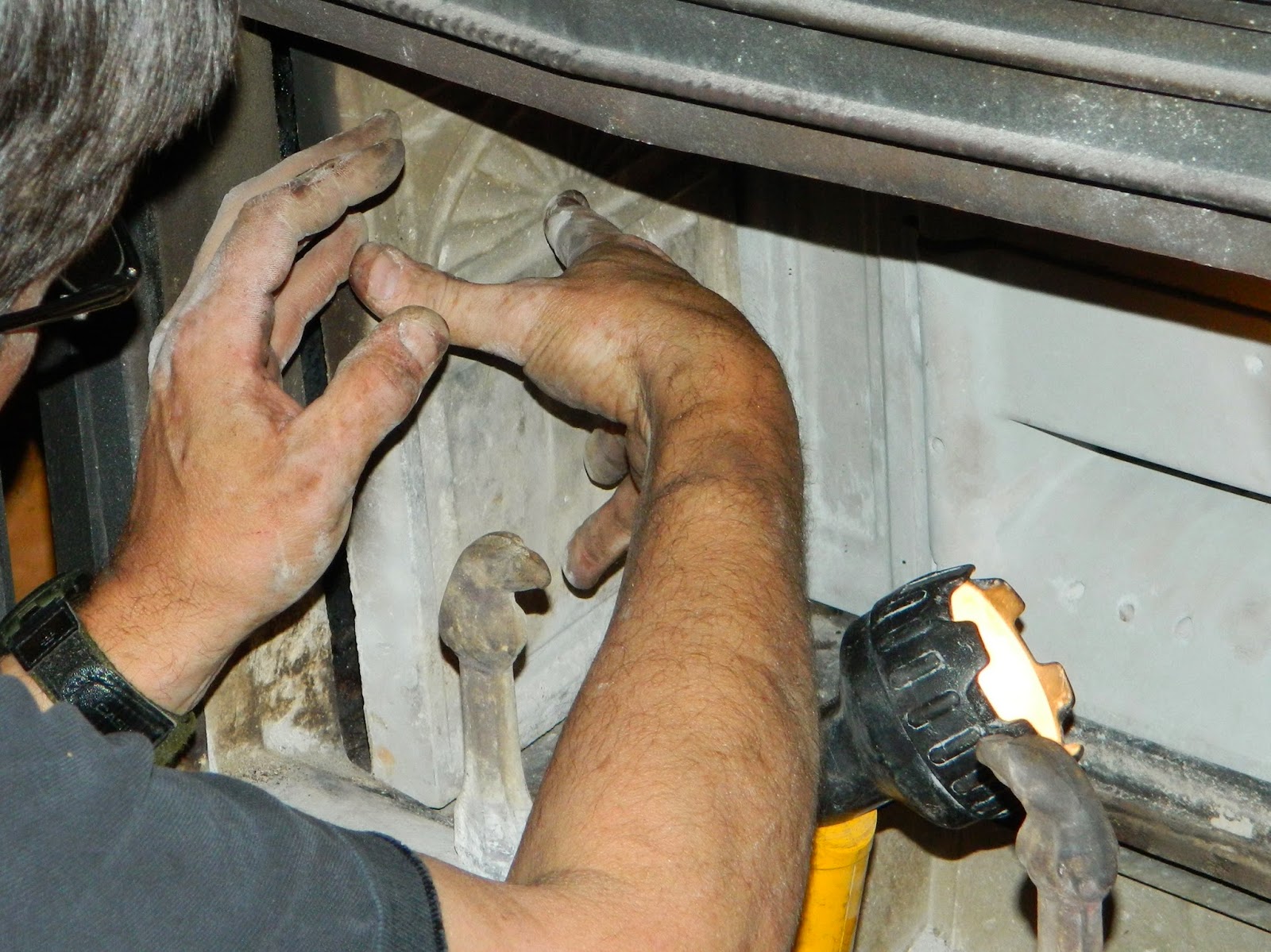 When everything was reassembled, I slung my camera over my shoulder and brushed my hands up and down, clapping against each other saying "Ta da, that seemed simple enough." Rob turned his head, his eyebrows and the upper half of his eyeballs peering over the glasses that rested on his nose and said "Easy for you to say," with a grin spreading from ear to ear. Good job Rob! 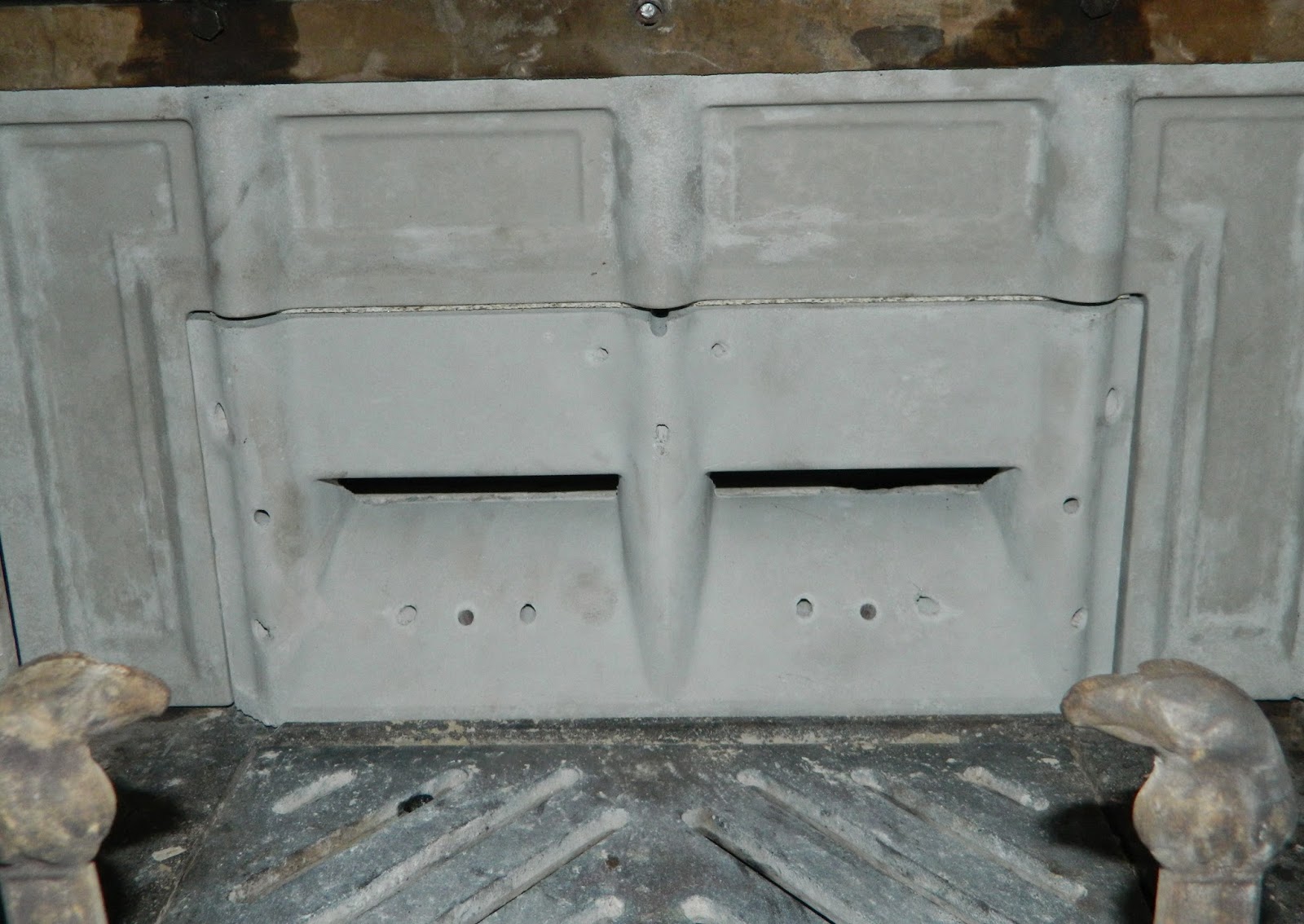 We're back in business, enjoying the warmth of our stove, which is a good thing because they predict snow tomorrow!

FYI, other than this cracked combustion block, which we learned may have been due to a manufacturing defect, our Lopi Layden stove has kept us warm for two years. We have no complaints.

Thanks for reading my blog, see you tomorrow,
Lise
Posted by Lise at 3:19 PM

Wood stoves are so important for us. Ours is a different style. We don't have a combustion plate, floor grate or the ashpan. Ours has fire bricks on the bottom and three sides. I use a fireplace shovel to remove the ashes from the bottom when it gets full. Ours has a smoke shelf between the fire box and chimney pipe. The only way to clean it is to remove the pipe. Fortunately it doesn't fill too fast and we can clean it when we do our indoors chimney sweeping. We clean the external chimney section several times a year. Fortunately, Wayne can stand on the front port to reach the bottom and release it to remove the ash and built up creosote. Good thing, like you I don't like heights, especially the roof kind. - Margy

I'm so glad ya'll found it. Wood stoves are the best. I grew up with wood stove heat, love it. I hope they're wrong about the snow. Ughhh. Hugs, xo

Margy, I'm glad we have a newer model...yours sounds like a lot of work!

I know Susie, we love ours too. And I'm learning to achieve the right temperature and maintain it so I can cook on and in it. As for the snow, well, we got it...again!

Just in time! :-) Did Rob think it odd you wanted to document the whole process? Sometimes we bloggers are looked at like we have lost our minds! :-)