I have really been enjoying having my brother Roger & my niece Jeanni visit with us.  I'll share some of our adventures, being that we are still currently visiting and I want to get back to the action!

I love this photo of Roger & Jeanni collecting fresh eggs...Jeanni had never fed chickens nor collected eggs before (neither had I), it was a pretty cool experience for both of us.  I do believe my brother enjoyed himself too! 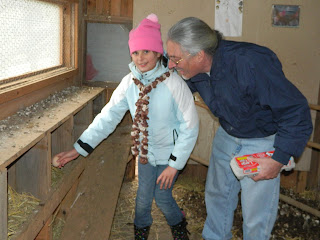 This is them on their way to feed the chickens, which is kind of like a Pied Piper activity because you have to walk along saying "here chik chik chik chik chik".  Jeanni was a little shy about it, but Roger encouraged her all the way.  Between the two of them, they got the chickens into the pen. 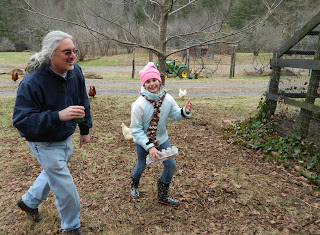 Collecting some fresh brussel sprouts to snack on.  Roger says to Jeanni, "Do I care about eating bugs?" and she said no, and he popped it in his mouth.  It was such a natural exchange, like they had that conversation before (which I later learned they had not). 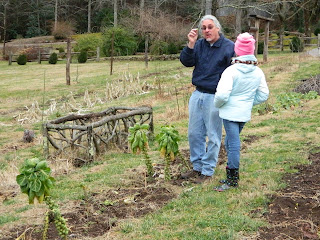 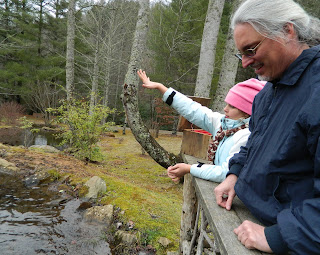 Playing Bandu, a fun stacking game with oddly shaped wooden pieces.  My brother Roger keeps winning...I have to go put a stop to this! 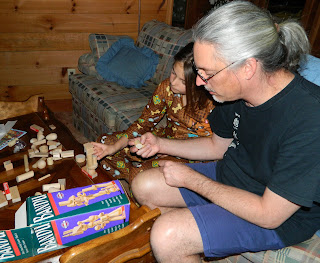 Great times with my little brother and his daughter.  Frankly, they are both awesome!

Family ! How awesome, enjoy your time together!

Loved reading about your day with Roger and Jeanni. Roger is so caring for his daughter, and Jenni is a sweetheart. Hugs!

I know Patti, it is so true. We did have a fabulous time together!

Dad, I agree...I really enjoyed watching them together! It was a great time:) Hugs back!