Liam caught his first lizard today.  He was so excited! 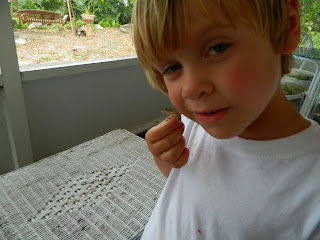 Florida is filled with them.  I believe the one Liam became friends with for an extended period today was a Brown Anole.  We found this fellow without a tail (I say fellow because Liam asked me if he should be a he or a she and I asked what he thought and he said a "he") which resulted in a great deal of conversation about being careful with lizards, and how their tail protects them. 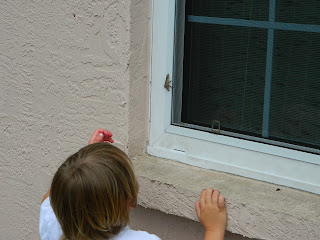 He was so excited when he caught him, and he was so very gentle. 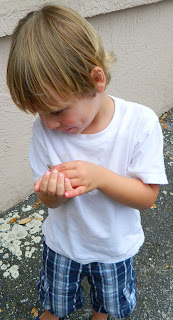 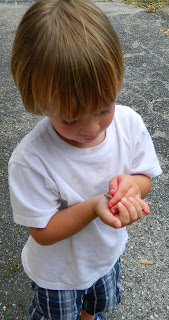 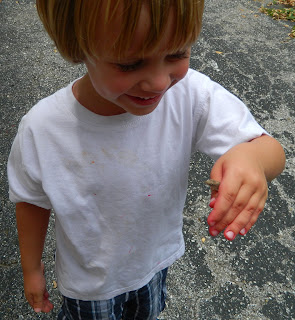 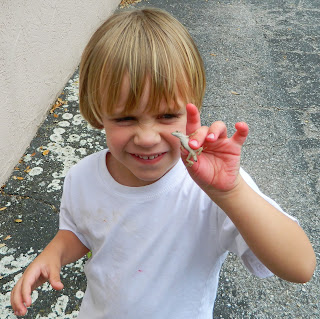 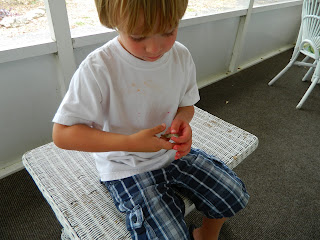 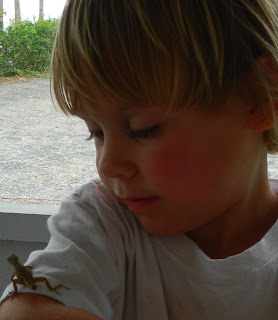 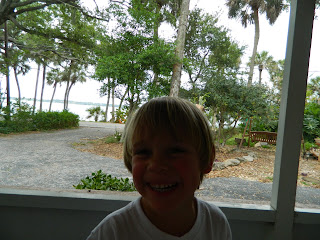 This is the last photo prior to Liam getting bit on the lip by "he".  He (Liam) had been caressing "he" near his face, when "he" latched on to Liam's lip...he was so brave after being shocked by the bite, yet not showing how upset he was.  It was the end of our lizard chasing, but that is OK because we came in and I made some hot chocolate with marshmallows (Liam loves marshmallows), and everything became good again.  ﻿ 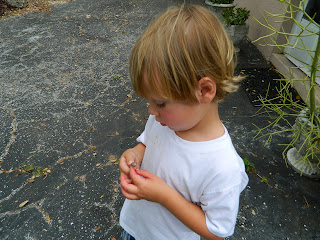 I am enjoying my time with him completely...grandchildren are LOVE!

Thanks for reading my blog, see you tomorrow,
Lise