It appears that 5 or 6 Ruffed Grouse chicks have made it from the egg to their first trip leaving the nest to forage for food.  Unfortunately, we did find what looks like 3 or 4 chicks still in the nest that did not make it.  The good news is that this is Natures plan, because Grouse (like so many other birds) lay enough eggs to ensure the likelihood of some of the brood surviving to adulthood (I'm sure glad this is not the way of humans!).  I apologize for the quality of these pictures, but our critter cam was propped to a tree at ground level, and all the moisture from last nights storm caused it to fog up a bit (lesson learned, the cam will be secured a little off the ground from now on).

This is the sequence of the pictures taken as mama leads them from the nest, taken with our critter cam from 12:42 pm - 12:43 pm this afternoon.  I tried to make a video from these pictures so you could see the movement flow, but I can't get Blogger to upload it.  I'll narrate the sequence best I can.  You can click on the picture to make it larger if you like.

Mama leading 4 chicks, one directly behind her mostly hidden on her right side and 3 behind her to her left, and to the right of the picture.  You can also see a piece of an egg shell in front of the chicks. 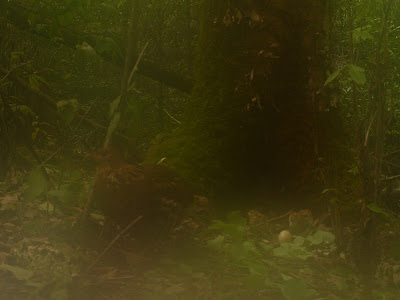 4 chicks to the right of her now; leads me to believe the one that was closest to her in the previous photo stayed in that same location as they moved away from the nest. 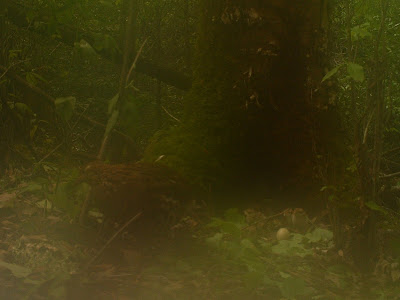 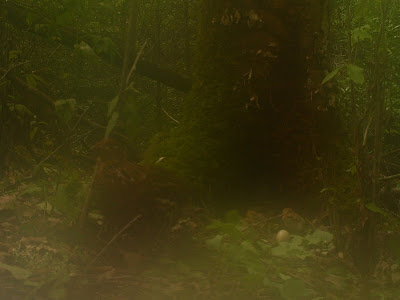 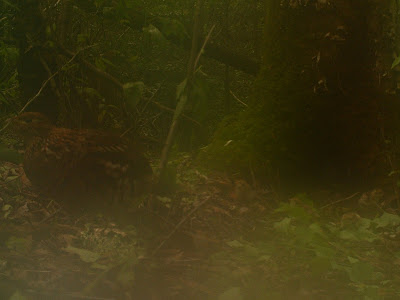 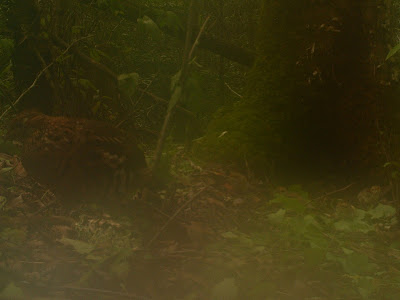 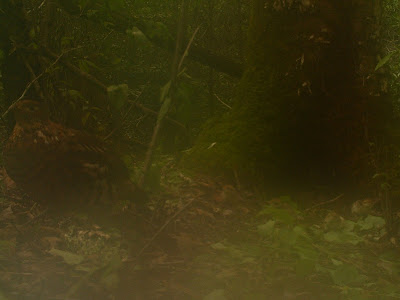 Here are 4 chicks, but mama has now moved out of the frame of the photo. 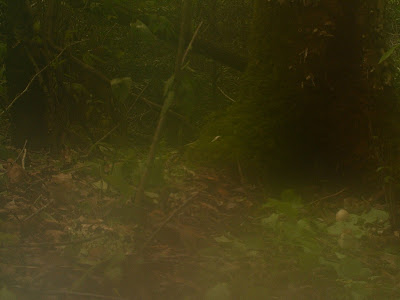 Now there are 3 chicks, but one may be coming from the nest, which would actually make 6 total...it's really hard to say. 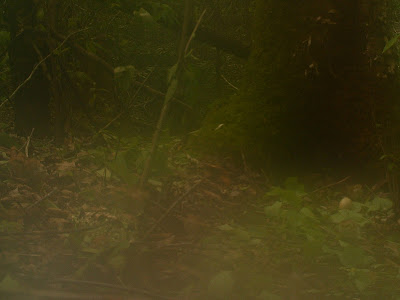 3 chicks here, I'm presuming the same from the previous photo. 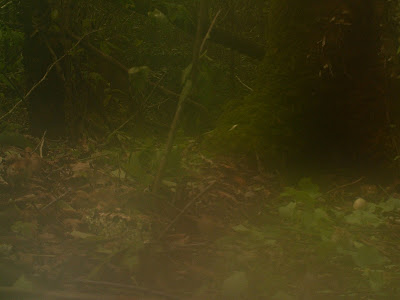 These last 3 shots are of 2 chicks following the others... 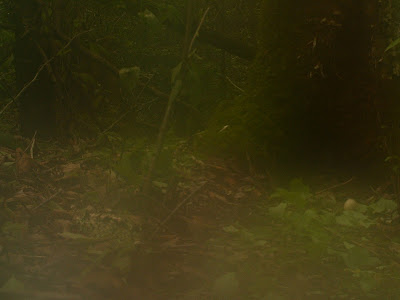 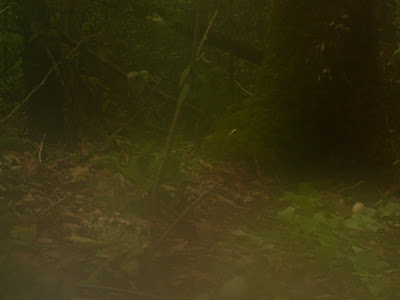 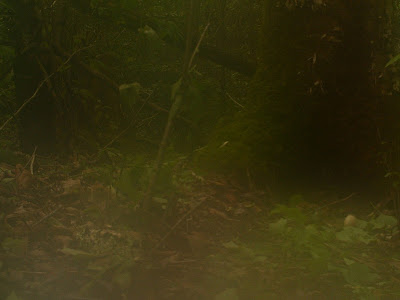 And then the Grouse family was out of the camera's range.  If my presumption is correct that there are 4 deceased chicks, it is likely there are 6 following mama.  Since this would mean a 60% survival rate at this point, I choose to go with it!  I hope they all survive out there in the woods.

We did dry out the camera, replace the batteries and the memory card, and posted it near the nest but facing away, in case mama or any of the chicks return.  I do find that unlikely, since the ones that didn't make it are still in the nest (I'm not posting that photo, though I did take one for my records).

So here are a few things I learned about our nesting mama Grouse after studying the 924 pictures our critter cam took over the past 12 days...
I feel so very grateful that my life presented this opportunity, the Universe is good to me...it makes me love living in our cabin in the woods so much more.  Now I am on the hunt for other wildlife learning adventures!

PS  Our garden only had a little hail damage, we were lucky the sprouts were still small.  Several flowers and bushes did not fare so well, but we are certainly grateful that it was not worse than it was.  Our hearts go out to everyone in Moore, Oklahoma who have been devastated by the tornado, may they find strength in each other and heal quickly.

Thanks for a good nature story! Hugs!